Research about mindfulness has blossomed in recent decades, reflecting increased interest in this topic and further catalysing its popularity. As I’m passionate about meditation, yoga and everything linked with spirituality, this phenomenon is fascinating and holds great potential. In researching mindfulness, it’s important to ask questions to understand how mindfulness fits in regards to other practices and philosophies, both religious and secular, spanning from Islam to Buddhism, from spiritualist to humanist, to comprehend each evolving phenomena, how they interrelate, what motivations and changes are involved, and how the concepts are interpreted and applied by practitioners. Further, it necessitates incorporating social, economic and political factors, such as how people construct meaning, what influences our perceptions, what values we develop and display toward others and the environment. In these ways, we can gain deeper insight not only into mindfulness, but into various perspectives and aspects of psychology and philosophy.

To begin, it is useful to understand what kinds of research are being done about mindfulness. Most of the research up until now has been within clinical psychology, positive psychology, neuroscience and similar domains, and more recently, within management studies. The majority of the research about mindfulness has been done in a positivistic, and deductive approach, seeking to prove facts through observing and measuring, in an attempt to validate hypotheses, in this case about a multitude of benefits resulting from mindfulness practice including reducing stress, improved health and productivity.

This approach of observing and quantifying mindfulness has served to give it a sort of stamp of approval as a scientifically validated technique in a similar way as is done for testing the effectiveness of medicines and physical exercise. I carried out my doctoral research at ESCP Europe and Sorbonne University using these kinds of research methods, conducting quantitative studies in three organisations in France and Canada with groups of participants divided into experimental and control participants, to make comparisons on the extent to which eight sessions of mindfulness meditation enhanced their well-being and creative production.

Instead of merely focusing on specific pre-determined outcomes based on existing theories, like has mostly been the case up until now, more rich and diverse perspectives could be provided by research that explores the processes by which mindfulness is applied and how it develops.

While this type of research has been useful in bringing mindfulness to broader audiences by demonstrating tangible results from practice, this approach can restrict mindfulness to what is observable and testable, tending to instrumentalise it as a magic black box from which a plethora of benefits emerge, while the mechanism by which this happens, and more importantly, the broader picture of people’s lives and society, are often neglected. From the underlying philosophy within Buddhism, mindfulness is one part of the Noble Eightfold Path, which one could endeavour upon following the fourth Noble Truth, a pathway to liberation from suffering, ultimately leading to enlightenment.

However, in its recent re-appearance in the West, mindfulness is typically presented as a secular self-help technique, not linked with Buddhism, yet is purported to encompass all of its desirable wisdom. This contradiction has been questioned by scholars including Ron Purser and David Loy, who coined the term ‘McMindfulness’ to reflect this inauthenticity, and tendency for mindfulness to be ‘sold’ as a tool to maintain the status quo rather than igniting necessary societal changes, and others such as Edwin Ng who critique the ongoing cultural (mis)appropriation. Further notable scholars taking a critical stance are Stephan Stanley who looks at implications of ethics for secular mindfulness-based applications and Kevin Healy, who explains how the mindfulness trend creates ‘integrity bubbles’ for select individuals to lower their stress while failing to address systemic corporate dysfunction. Rather than dismissing mainstream mindfulness, most critiques serve as a reminder to notice what assumptions are made, what adaptations take place, and to pose questions about theories and methods, so as to present more complete and dynamic viewpoints, and bring about moral and sustainable practices.

Instead of merely focusing on specific pre-determined outcomes based on existing theories, like has mostly been the case up until now, more rich and diverse perspectives could be provided by research that explores the processes by which mindfulness is applied and how it develops. Such inductive approaches to research, including ethnographic and anthropologic studies, allow theory to emerge from data in contrast to ‘top-down’ deductive reasoning. To give some examples from my recent research articles which I co-presented at conferences and are currently in the review process at academic journals:

Both of these are empirical qualitative studies involving evaluating corporate mindfulness programs from various perspectives (managerial, instructor, participant, non-participants and course arrangers) to understand how concepts are integrated, along with what questions, changes and challenges arise through the process. This research uses the ontology of becoming, reflecting the spectrum from mindlessness to mindfulness, and the dynamics of how people change, or resist change, through time.

From the data collected and resulting assessment of our findings, we derive conclusions that address issues such as

In doing so, we address some of the critiques that have been raised, and outline considerations that can be taken into account when implementing mindfulness programs in companies. 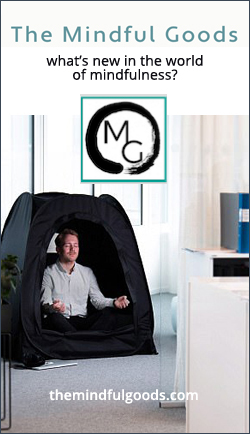 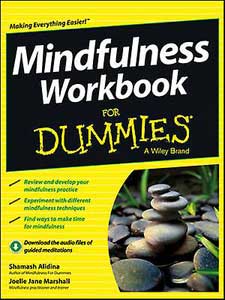